For his day job, Todd is VP/COO at Calumet Electronics, a world-leader in the fabrication of high-performance printed circuit boards. Todd also works alongside his wife, Jessie Brassard, on various video and web projects side projects via Brassard Media. Jessie is a design guru and responsible for creation and evolution of the CopperDog150 logo and much of CopperDog’s strong branding elements.

Todd was introduced to the sport of mushing when he was recruited by Adam Johnson of Brockit and Karyn Olsson of the Upper Peninsula Marketing Department to produce a promotional video for Brewery Creek Racing.

Todd fell victim to charm of the dogs and the beauty of the sport. In 2009, When he learned of a sled-dog race being organized for the Keweenaw, he volunteered his services (web programming) and his wife’s talent (graphic design) and put together a web site for the event (www.copperdog150.com).

Todd joined the CopperDog Board and soon found himself working very closely with the CopperDog 150’s founding Race Director, Brian Tiura. Tiura was an inspiring leader for Todd and the newbie race planners. His “press on regardless” attitude demonstrated the conviction necessary to plan and execute such a large event.

Todd assumed the role of Race Director for 2011 when Tiura moved to Alaska. In this new role he imparted what he had learned from Brian, introduced some of his own ideas, and worked closely with other very smart people who really loved the event.

With one race under his belt, an amazing core planning team, and growing community buy-in, Todd focused on upping the “production value” of the CopperDog 150 in 2011/2012 by planning an ESPN worthy Friday night start, improving hospitality for the growing numbers of fans, and setting a more relaxed schedule for mushers and their dog teams. He also developed an online volunteer system to make it easier for volunteers to get involved race weekend.

Todd has served in various roles over the last few years and has stepped up to the role of Race Director for the 2015 race. Todd motto is “Happy healthy dogs, happy healthy mushers”, which has recently been revised to include “Happy healthy volunteers!” 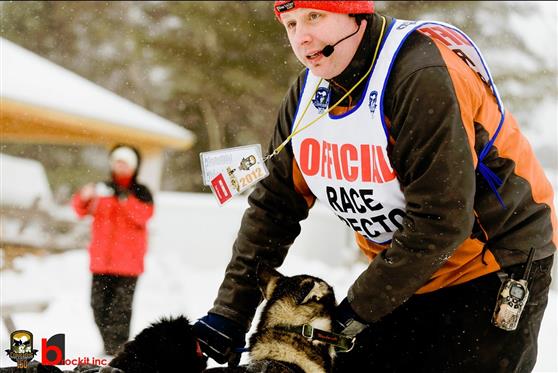